We tend to think that humans are the only creatures who are willing to consume something to extinction, but deer do exactly that, especially when presented with tender morsels they can get nowhere else. Many plants in the garden have been lost to the foraging of deer. There are certain plants that I said I would no longer buy – Camelia, Heuchera, Rose, Hosta. Even plants that claim to not be touched by deer have been decimated.

On the whole, I don’t like fences. I think they create a limitation on the space within, and especially when there is a view outside worth being captured. I know that makes me somewhat un-American and certainly un-British – two countries that love to mark their boundaries. But slowly I was getting to the point of wanting a physical barrier to keep out the deer.

When you read the literature, a deer fence must be 8′ tall, they must not be able to see through it and if possible it should either be a double barrier or have some width to it. OK – that is a definite no, no, and no. I wonder if doing something lesser would discourage them enough that some plants would be able to survive.

Even before I knew exactly what kind of fence I would use, I knew that I would need a gate. Perhaps you now start to see my planning process! I have often dreamed of a fancy hand-made metal gate with taps and wrenches and other do-dads built into it. Given that there is a Blacksmith in Rockaway, by the name of Herman Doty, we went to see what he thought about the idea of building us a gate. We were very pleased that he took the commission, although he warned us that it may take him a while. Herman does things when the right idea strikes him.

At this point, I knew we would be getting a wonderful gate and now I would need something suitable to mount the gate in. Two posts might have done it, but that would be so boring. If there was to be a fence, then there needed to be a portal. I also wanted a place for some climbing plants. Most people would have just put an arch over the gate or something like that, but that is most people.

Over time, the shape came to mind. We have quite a few hang gliders and paragliders that take off from Maxwell Point in Oceanside. Since we would be looking down on the portal from the house, I thought that a delta wing shape might look quite nice and planning went a step further.

I did not know exactly what size the gate was going to finish up being, and Herman had not yet found the necessary inspiration. I had specified the maximum size and used that to set the dimensions for everything else. When I sunk the first posts and looked at it from the house, it just didn’t look right. Although it was parallel with the road, the road slopes down and it just made it look as if it was just off a little. I tried rechecking the measurements. No – I had it right.

So I decided to purposely offset it, enough to look right from the house and for nobody to be under the impression that I didn’t know how to use a tape measure.

By mid July, the shape was beginning to take form, but I wasn’t sure exactly how to construct the rails along the top. I wanted to ensure that the cross rails were firmly fixed so that climbers would have a good place to hold on to. That meant that I wanted to cut out notches in each of them so that I could put screws down from the top and into the main members. An oscillating saw was just what I needed for this and I highly recommend this one.

No Time To Dally

Then I got a call from my contractor who was going to help do some modifications to the house and help me build the greenhouse. We had been waiting for him since April and had almost given up hope. So, the portal construction suddenly came to a halt. Now, you know exactly what is going to happen next. Right – we get a call from Herman that he is almost done with the gate and wants us to come in to check on a few things.

As soon as the greenhouse shell was complete, the portal now had to be the priority, even though I wanted to start building benches, running the electrics and water, getting the misting system in etc. By October of 2019, the portal was basically finished, and the gate installed. Herman did a great job and we were very pleased with the result. There were a few finishing touches required, and they had to wait for 2020.

A temporary section of fencing was put up that closed the gap between the portal and the bushes on the edge of the property. That was one of the popular areas for the deer to wander through. I just put up some 2″ x 2″ strips between the posts. It did not close off the views and I would see what I thought about it over winter before deciding if I would do the rest in the same manner. I also put in a few plants to finish things off – a Kennedia nigricans, grown from seed, that is a true goth plant. Black flowers with yellow centers. Some Lavender, a Grevillea, Callistemon, California Poppy and a few others. These were all long the cut-flower side.

In 2020, the fence was extended along the other side of the portal. One surprise on the original segment was it was not stopping the deer. They were not going around the fence, they were going through it. The rails are 16″ apart. They were modified to be 12″ apart at the bottom and 16″ apart at the top. Guess what? They can still squeeze through a 12″ separation. The next modification is to put lattice in the segment that is one up from ground level – the gap they always squeeze through. One small area of that has been done and no hoof prints have been seen in that area now, so it looks as if it may work.

The other addition to the portal for 2020 was putting Toby on top. Toby is a whale weather vane. It originally came from Nantucket. That was almost 30 years ago. Toby has completed his journey from Atlantic to Pacific, and while it does not have all of the other pieces that went with it, Toby can now see the ocean again and has been restored so that he might survive another few years.

A fully interactive clickable map of the Portal area is here. 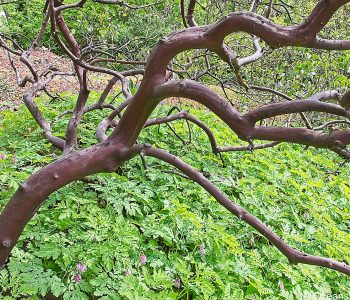 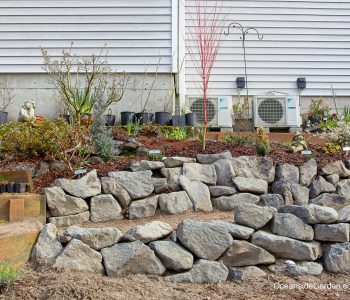 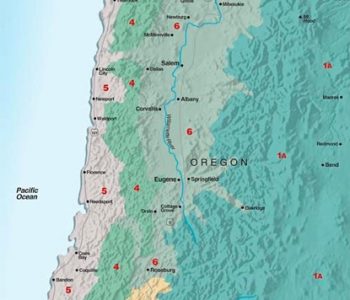