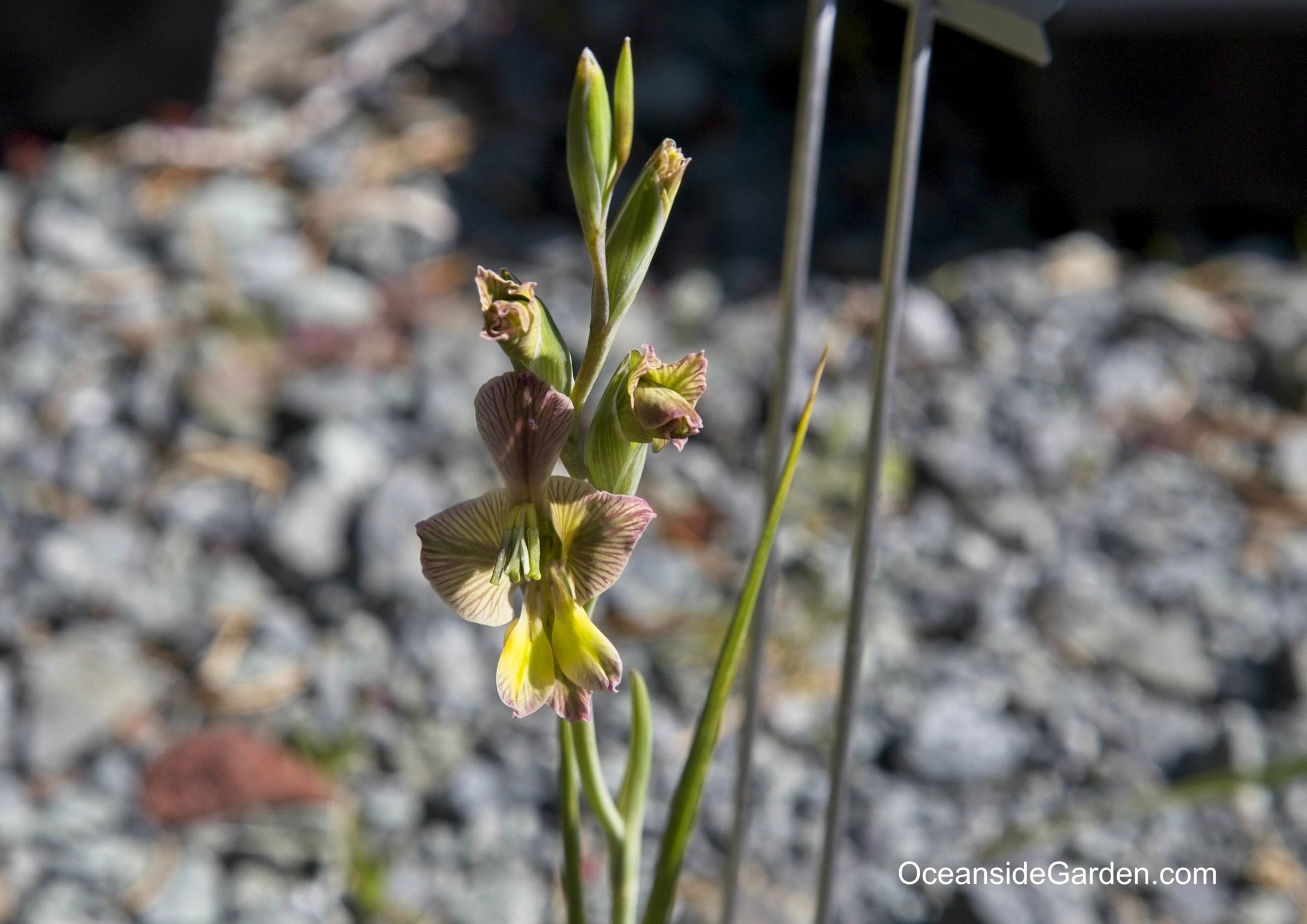 There is probably no way to win the debate as whether the chicken or the egg came first. This conundrum may be a little easier – which came first the tea plant or the tea pot? In this case it was the tea plant, although the idea originally stemmed from a tea pot. When out shopping for artifacts to go into Whimsy Way, our version of a Mad Hatter’s Tea Party, we acquired a few tea pots, bowls and other things with interesting shapes or colors. At the time, I knew I wanted a teas plant to go into one of the tea pots.

Not any Camellia would do – it had to be Camellia chinensis – a true tea plant. I had searched online and wasn’t really happy with what I was finding at the prices they were asking. Then, while we were going around a nursery, sitting on their herb section was this plant.

Perfect, except I then realized that none of the tea pots that we had were large enough. I don’t mind doing a little Bonsai on it, but once this goes into something like a tea pot, it is not coming out. It is often bad enough getting a plant out of a regular container if it has been allowed to sit in there for a couple of year.

So – once again we go off antiquing in the hopes of finding a suitable tea pot. This one caught my eye based on its shape. While a little bigger might have been better, we shall see how well it does. I also know that this is a water pitcher and not a tea pot, but hey, give me a little slack. It is now in its new home and recovering in the greenhouse for a while given the amount of root disturbance it took. 5 holes were drilled in the bottom of the pot, so hopefully that will provide sufficient drainage.

While the original plan called for this going along Whimsy Way, there are two problems with that. First – it hasn’t been constructed yet, although I am sure it will be during this season. Second – deer love Camellia and they wouldn’t give the poor thing a chance. It needs to stay somewhere more protected. It could live in the tea house – even though it is not quite the right “tone” for that.

Wherever it goes, I hope it provides people with a little chuckle when they make the association.