This evergreen fern has two different types of fronds. The sterile fronds are stiff, leathery, pinnatifid and dark green, forming a loose outward-spreading, flattened rosette that can get to be about 18″ long. As the season progresses, sterile fronds may lie horizontally on the ground. Fertile fronds (16-24” long) are located in an erect vertical fountain in the center of the sterile frond rosette. They are similar to the sterile ones but taller, with much thinner and widely separated leaflets. Fertile fronds turn brown and wither by the end of the summer, leaving the evergreen sterile rosette. What I love most about this fern are the tiddle heads – who need flowers when the fern send up the most intensely red stems with a bright yellow eye.

Blechnum spicant is native to Pacific coast of North America.

May be divided in spring. Spreads slowly by short creeping rhizomes.

Waiting to find its forever home in the garden.

We acquired this plant from Bear Valley Nursery.

What has been happening in Oceanside Garden during August 2022. Construction progress, visits, what’s blooming and weather summary.

Resistant to Deer and Rabbit. 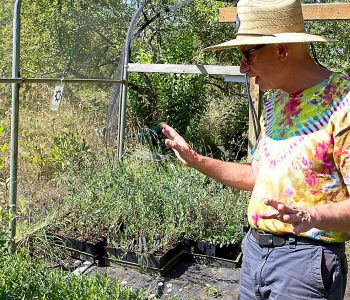 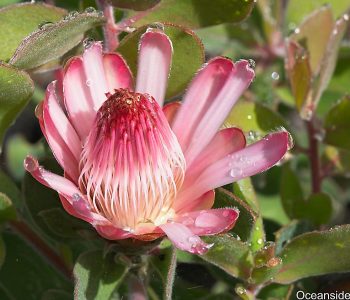