With the end of September, autumn is upon us. The evenings have more of a nip to them. My first signal is the blooming of the cyclamen and happened about 10 days ago.

At this time of year, attention is focused on preparing for winter rather than new construction. That means not a lot of progress to report this month. Lots of propagation been going on – especially for plants that are a little tender. This ensures that in the event of another hard freeze like we had in February, not all will be lost again.

A significant improvement has been added to the website. There is now an overall garden plan, that is clickable. It may not be the prettiest drawing, but it does allow you to see each of the areas of the garden. There is a brief description of some and more in-depth description and progress report on others. Each of those pages has a list of the plants currently in that area.

Work has started on clearing the dense growth of Holodiscus in that area that will become Nature Island. While it is a native, the Holodiscus completely dominates that area. While it blooms in summer with puffs of white, it is fleeting, quickly goes brown and the seeds everywhere. Birds do like to eat the seeds, so not all of it will be removed. In addition, this plant readily regrows from the base.

The main trees that will take their place are Vine Maples. These are not only native but a variety with different leaf colors have been chosen. Being deciduous, it will allow for more underplanting than would have been possible with the Holodiscus (almost nothing survived under that – not even Salal!)

A lot more to go yet, but it has certainly changed the character of the area as it was an impenetrable visual barrier before.

Had a wonderful visit to Dancing Oaks nursery in Monmouth. You can read all about it here and we did come home with quite a few plants. In addition to everything that was on my list, two plants that were grown from seed that Fred, one of the owners, collected and imported from Tasmania. These will both become large trees, which we don’t really have room for, so I hope they do well in pots. They were Leptospermum glaucescens, the blue-green tea tree, and Notelaea ligustrina, the silkwood.

The next day, we had fun at the Salem Hardy Plant Societies fall plant sale located at Sebright Gardens. We picked up a whole bunch of interesting plants, including a number of natives that are destined to go into Nature Island.

We got there at the crack of opening time. I did a very quick first walk around all of the exhibitors. I know that there will be some plants that disappear immediately and that was certainly the case with Carex pyllocephala ‘Sparkler’. After acquiring one of only three available, the number of people who came up and asked what is that, and where did you get it? It is easy to understand why – it certainly does grab your attention.

Another plant we did manage to get was one we first saw at San Francisco Golden Gate Park. It was Alstromeria psittacine ‘Vareigata’. We had been captivated by the flowers on this when we saw it – quite unlike most Alstromeria. When we got home and I started to investigate, it can get to be a pest because it spreads by rhizomes and event he smallest piece can resprout. Then I spotted this variegated form of it. I hope that this will weaken it a bit such that it doesn’t become so problematic – plus the variegated leaves are very attractive. I will keep it in a pot for a while to see how it does.

We did not have time after the plant show to tour Sebright Garden. This is certainly on the list for the next time we are in the area.

Later in the month we visited Leach Botanical Garden along Johnson Creek in Portland. The Leaches were plant explorers and part of the garden contains some of their discoveries. Originally called Sleepy Hollow, it has been over 20 years since I was last here. It has undergone a number of changes. Back then, the gardens were being preserved by volunteers until the city took interest in it and started to invest in it.

It now has a much larger parking area, display garden and amazing elevated woodland walk which were not present in previous visits. Many of the paths have been significantly upgraded. Unfortunately, although the bridge to the South Bank got washed away in some winter floods and has yet to be rebuilt.

In my mind, it is not a true botanical garden because it is poorly labeled, and is more just a collection of plants.

The big excitement for this month has to be the blooming for Protea venusta. While it is not perhaps the most remarkable of all the Proteas, it is the first one that I grew from seed, imported from South Africa. It took just over 3 years to get to this stage and I am very happy.

While a little early, the first of the plants for the Winter garden – Calluna vulgaris ‘Verenka’ – has come into bloom and hopefully will continue throughout the next few months.

The late season bulbs are also blooming including Colchicum and Cyclamen.

Most of September has been very dry and the garden has become quite crispy. We only had 1.51″ of rain this month as compared to 5.13″ last year. Thankfully, in the last week we had a reasonable front come through that gave us about 1″ of rain. But now we are forecast to become warm and dry again. It does look like we will really get an Autumn this year – something we were cheated out of last year.

The maximum temperature this month was a high 94.6F – perhaps the hottest day of the year. This compares to 84.7F last year. Low temperatures were similar at 58F. The average this year was a couple of degrees warmer at 59.4F compared to 57.6F 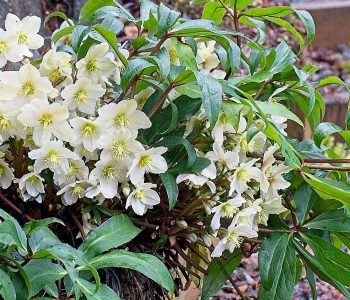 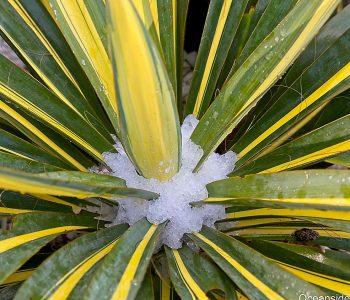 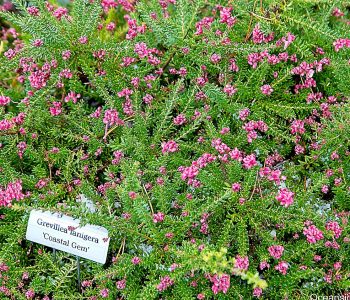