After an awful April, we had high expectations for May. April had record rainfall. May had even more! April was cold. May was only slightly warmer and considerably colder than previous years. While we did have a few dry days, there have not been many. Then for the last weekend of the month, we had the worst Winter storm of the year. All that means that progress has been slow, but not stopped entirely. Now we have June gloom to look forward to.

But not everything is bad. Some plants have been slowed down, but none-the-less are blooming well. Some plants have put on a much better show than they have in the past. This could be because they are a year older, or they had such a warm year last year, or the abundant rainfall this year. Not sure. For example, the Venus Dogwoods, that anchor the streambed garden, have had a couple of dozen flowers in previous years. This year, there are well over a hundred. They are about 2 to 3 weeks behind what we would typically expect. Rhododendrons have liked it.

Birds are an important part of the garden and at this time of year or resident birds are augmented with the migratory ones. I love it when the gold finches, western tanagers and other colorful birds come through. The other day they almost looked like flowers in the bush. Attracting birds requires several things. Along with food (both natural and supplemented with sunflower kernels), we provide water, and natural areas where they can get cover. For those that stay here, nesting boxes and materials.

How many times have you finished up, after a long day of working in the garden, to be disappointed with the progress you made, even though you have the aches and pains to tell you that you expended serious energy? Of course, sometimes that energy was not perhaps used in the wisest of ways, but we all learn and sometimes have to relearn many times until we realize there must be a better way. But then, when we look back over a period of time, we are amazed at how much we accomplished.

That has certainly been the case with the garden this year, especially now that I can put in a few hours per day before I need the Ibuprofen.

The front continues to have its makeover. This is what many people would call the “engine room” of the garden and it is where all the growing and propagation happens, as well as quarantining plants as the come in, or just the time taken to decide where they are going to live. This transformation only started this year. Before that it was just a sea of gravel, a large, overgrown Escallonia hedge and plants sitting on the ground, making them difficult to care for, and often attempting to root into the gravel.

After installing the path being along the bench area on one side of the house, I decided it would be nice to extend it over to the other side. The frames for the cold frames are in. To help with thermal balancing, they are sunk about 8″ below grade. The path was then extended all the way to the emergency supply dump and eventually will go around the back of that to the compost bins. One bench remains to be built.

Some progress has also been made on the Mediterranean garden. The central feature is a sundial that has been placed on a pillar. It has been made to look like the greenhouse and then has a piece of slate on top that both softens the structure and also provides a color connection to the paths and rock walls. I hope to be able to get a few more things planted in there as soon as the weather allows.

I will need to cut down some of the Sambuca and Ironwood because they are both casting too much shade into the area at the moment.

May has seen some outstanding Iris and Rhododendron blooms this year. Perhaps the most spectacular display has been from the Venus Dogwood trees. This year the number of flowers has increased dramatically.

This May has been the coldest and wettest May we have ever had here – by far. I looked back over all the years we have been here, and we have gone from just having an inch of rain to a maximum of 5″. This month, we recorded 13.22″. As for temperature, the average appears to be around 55F and this year we could only manage 50.3F. The highs were also low and infrequent. This year, we only managed to break the 60F mark three times. Last year, even with 10 days where the weather station was not functional, we doubled that number. The year before, 20 days were above 60F. 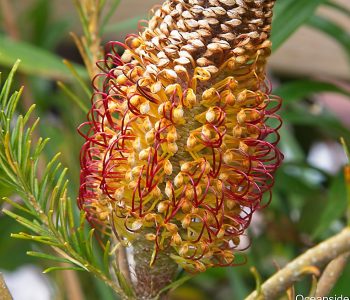 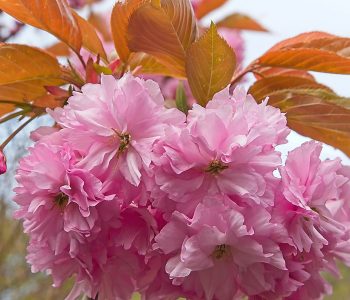 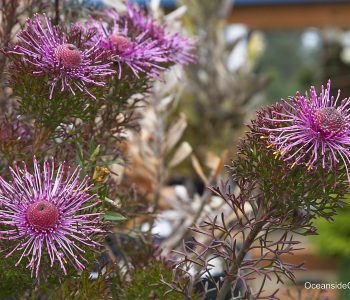 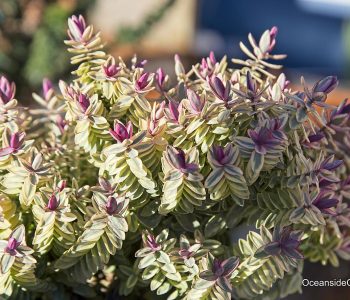