It has been a wild day today. Sun, wind, rain, hail, rainbows – a little bit of everything. It is amazing watching some of these storms out at sea and how they move and the light moves with them. Added a new plant to the collection today – Dietes Iridoides – common names include African Iris (it is isn’t an Iris, although in the same family in which Iris exists) and Fortnight lily (which it also isn’t) The ‘fortnight’ comes from flushes of blooms every 2 weeks and could potentially be blooming from sprint through winter if it remains mild enough. It is just a bunch of grass-like leaves at the moment, but will probably put it between the giant Allium bulbs.

Today is not only my birthday, but also the start of a plant adventure. We have 100% remained in place during COVID, but we decided we needed to get away for a few days, so long as we could do it safely. So, the plan is that we are doing a road trip down to California to visit a couple of places that are important to me and my gardening journey. Today, we start the journey and get down to Bandon just as the coldest weather in years is about to hit Portland. Then on Friday we drive the rest of the way down to Santa Cruz.

The first stop is University of California Santa Cruz Arboretum. This is the main port in which many plants come from Australia to be tried out in the California market. The range of plants they have in their arboretum is drool worthy. It will be the first time I have seen many of these plants in mature form. They also have an extensive propagation program, and the car is going to be loaded to the gills with plants to bring home.

The second stop is the Ruth Bancroft Garden in Walnut Creek. While they do have a few Australian and South African plants, the focus here is on succulents – Agave, Aloe, Euphorbia and more. It was the work of one woman, but now is a public garden. More plants were acquired from here.

Following this was a visit to Annie’s Annuals and Perennials in Richmond. Annie’s like to specialize in the unusual, trying out plants that are slightly different to what you may find in the big box stores. We have ordered from them on-line in the past, but it was fun to look around and be able to pick out our own plants rather than row run selection.

The last few days has been a crazy effort to try and get as many of the new plants organized, categorized, documented and put up on the website. Priority has been given to those that we had pictures of mature plants from the Arboretum. This is also something that I need to go back and fill in photos for plants that were already posted.

Several things have been potted up in the greenhouse. In the last couple of days I have potted up 4 Grevillea ‘Molonglo’ and 11 Leucadendron galpinii that were rooted cuttings and Protea and Leucospermum that have been grown from seed. Continue to have aphid problems in the greenhouse. Each day I am checking carefully, water blasting or squishing as many as I can find. A few things that seemed to be attracting them have been moved out of the greenhouse.

February this year was a little colder than last year and 2″ wetter. Last year started off the month wet and then became quite dry by the end of the month. This year saw more rainfall later. The winds were also a lot higher this year, but luckily none of the plants saw much in the way of damage. 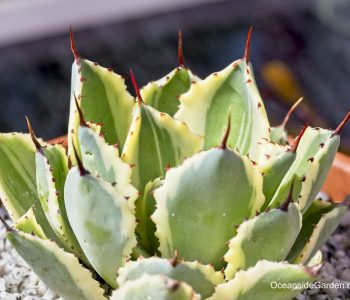 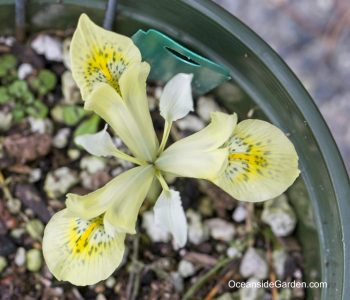 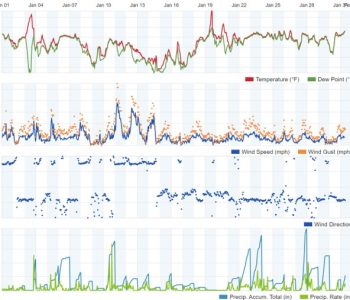 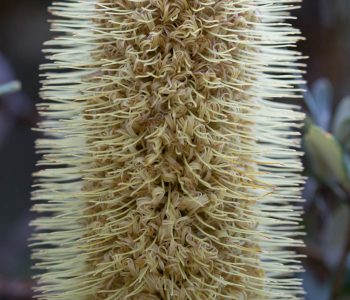